Before going to see Sun Records, before Graceland, before the Blues Hall of Fame and the Memphis Soul Museum I have to take care of Big Star.

Memphis’s Big Star are usually at the top of the list of “Great Bands That Never Made It” and I love them, I won’t talk about the music itself much here, you’ve heard it all from me before, repeatedly.

The Memphis sites of Big Star!

In 1971 four friends who hung out at a local Memphis recording studio stumbled into a recording contract.

This is that recording studio. I popped inside, told the guy working there that I was a Big Star fan, he smiled and said look around, take pictures.

This is that studio. 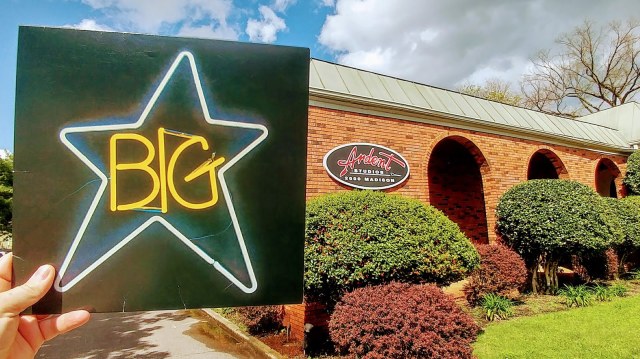 Once the recordings were underway the guys realized they needed a name, they walked down the street to the ice cream stand they used to hang out at between studio time and tried to decide between naming themselves after the ice cream stand, and be known as “Sweden Kream” or…

This is the Sweden Kream today. 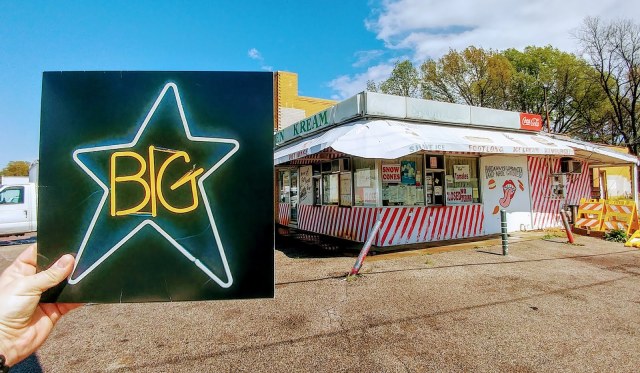 …when they turned around 180 degrees they saw Gene Stimson’s Big Star Grocery, after some debate they decided Big Star was a better name than Sweden Kream.
This is Gene Stimson’s Big Star Grocery today. I walked around inside, bought some sweet tea, took pictures. As I stood in the street and spun around checking out the grocery store and the ice cream place I’m pretty sure I would have chosen Big Star for a name as well. 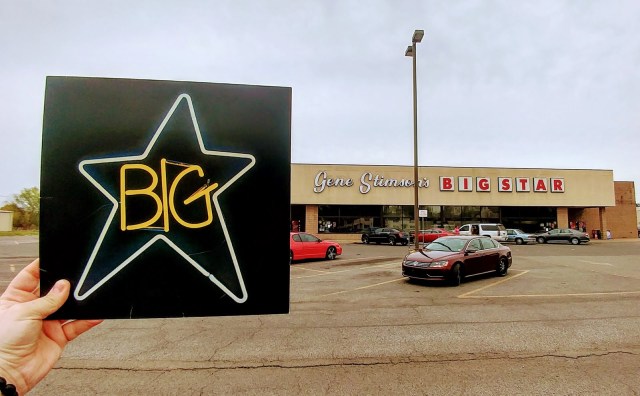 Big Star had two singers, firstly Alex Chilton, formerly singer for the 60’s group The Box Tops (“The Letter”), this is Alex’s childhood home, where the band usually hung out and took the photos for their first album. Alex passed away in 2010.
Alex’s home.

The band’s other singer, Chris Bell died in a car crash in 1978 (age 27 of course), after leaving the band due to mental health issues he worked at his family’s restaurant, Mortimer’s. I stopped in today for a burger and beer, the bartender figured out why I was there within two minutes, he said I look like all the other Big Star hunters.

This is Mortimer’s Restaurant.

The only surviving bandmember is Jody the drummer, he actually works at Ardent Studios but I didn’t have the guts to ask if he was around today.