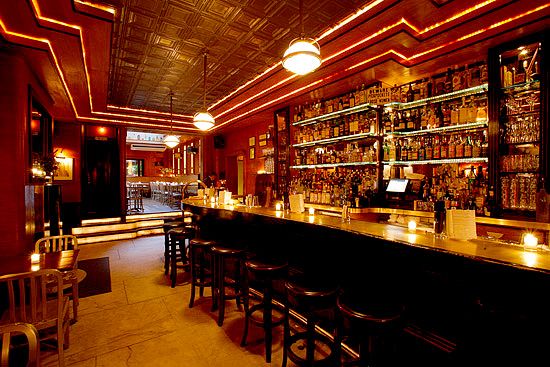 Employees Only is currently #26 on the “50 Best Bars in the World” list and has been on the list each of the ten years its been open, I have no idea why.

The bar itself has basically no history other than it’s ten year run on Top 50 list.

Hard to judge the service as they really wasn’t any. Attempts to get service required serious flagging down despite a half full bar, most interactions with the bartender were just him pointing and grunting. Extremely cold service all around.

Hard to request a special drink from staff with zero interest in interacting.

I had two cocktails, the first a aperitif with clarified milk and rum that was… unusual and an Autumn in New York, which was fine. 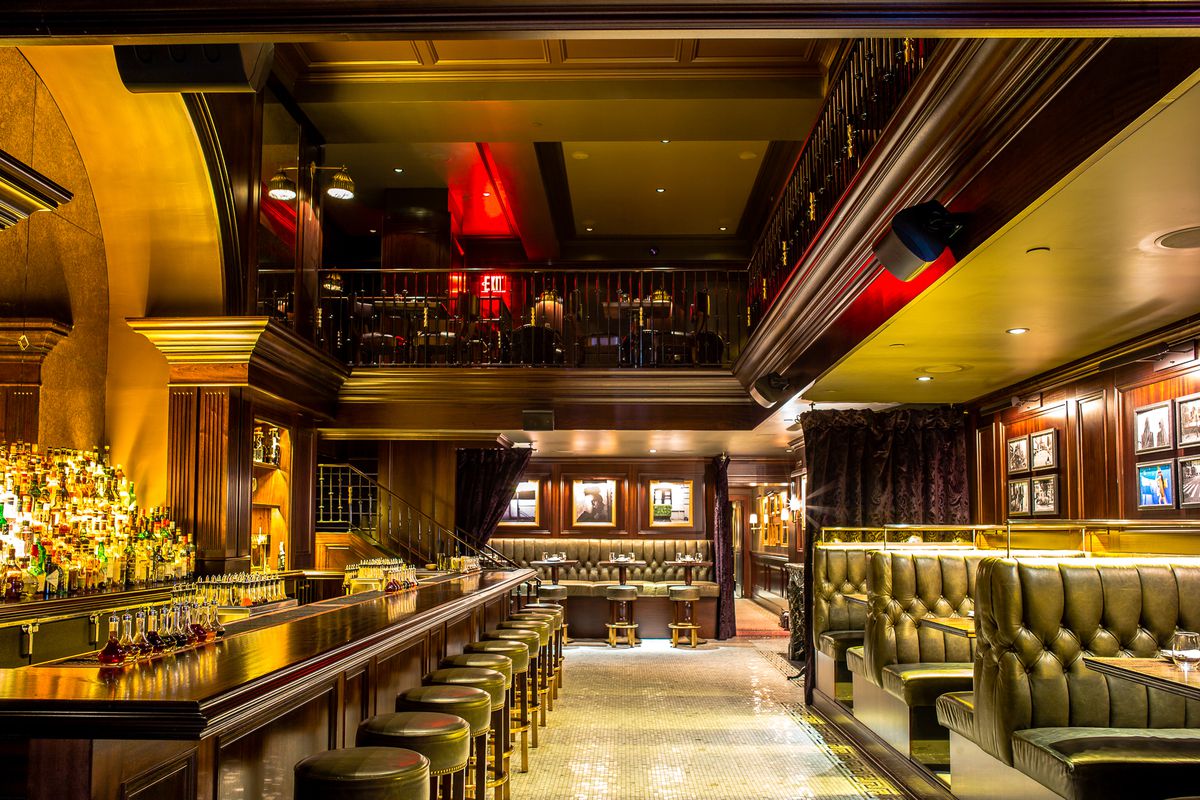 While the Nomad Hotel is not old or historic the building which houses it is. Constructed in 1902, the Schickel & Ditmars designed building is the premier Beaux Arts design in the Flatiron District. I’ll also award some “history” points for the fact that the Nomad has been on the Forbes Top 50 Cocktail Bars in the World list every year since it opened, currently ranked #4, peaking at #1 a few years ago.

“Hotel Bar” is certainly an established style but Nomad pulls it off better than anywhere else I have been, everything is just perfect. The Savoy in London is close but the Nomad is just… more.

Service could not have been better, seriously, so friendly, so classy, watching the bartenders it’s clear that each experience was being tailored to the moods and expectations of each individual patron. Once our bartender got talking about cocktails and cocktail culture we were off and running, he offered tastes of obscure ingredients and hard to find liquors, he made us complimentary cocktails that demonstrated their desire to push the limits of flavour. Very, very impressed.

Had planned on ordering but once we ordered from the house menu and experienced the quality of their drinks there was no way I was ordering off book.

I wish I could rate this higher. In a word… the best drinks I have ever had in any bar anywhere, mind-blowing punch-in-the-mouthful sips of refreshing and innovative drinks, not sure I knew cocktails could be this good.

Yeah so… work suddenly got tough and I haven’t really done anything but work and sleep (or mostly not sleep) so no posts in a week of Toronto.

Last night I decided to force myself out, to see if getting away from work might ease stresses. I’d been watching concert listings for Toronto since I got here but there was nothing and nothing and nothing… then a couple days ago I noticed a Sloan (what are the chances!) show popped up at a small space not far from their studio, it was already sold out, I checked the usual places and found nothing except a couple tickets on StubHub for $130… I love Sloan but…. $130?

I decided to hang out in front of the gig and see if anyone was selling or scalping a ticket, it was pouring rain and way too cold for my meager jackets, there was no one selling so I ducked into the lobby of an old folks home nearby to warm up. I checked StubHub again and the $130 ticket was now $15…. yup.

There’s something extra great about seeing a band in their hometown, lots of obscure songs, lots of band friends and family in the crowd, lots of inside jokes that I didn’t understand.

It’s always interesting to see how a band works songs from the new album into a live show (‘Courage’ by the Hip is totally about this) and it’s rare to see a band play lots of new songs, it’s rarer to see a band play ALL the new songs AND it’s even rarer to see an audience totally on board with this. Last night was light on the hits, they didn’t even play Underwhelmed, fine with me, completely.

Really it was a perfect show, no opening act, great crowd, good room with good sound, plus they played two 15 song sets over nearly three hours AND with lots of crowd participation.

No real history here, it’s a newer place but it gets a couple points for the history it is currently making.

Nearly perfect, a heavy blanket curtain hangs by the door to help keep cold air out, lots of candlelight, acceptable music, classy decor, nice choice of seating, a slight detraction for how dark the room is, I like a dark room but I can barely see in here.

The best service I have ever received in any bar in the world, easily. Not just one visit either, BarChef consistently treats me markedly better than any other place I’ve been. I could go on and on here, the staff actually know how to read a person and respond in kind. I watched one bartender make her way around the room over and over all evening, cycling through about a dozen patrons, picking up her conversation with each one from where it was left off on her last pass. It’s not just one bartender either, ALL of them seem to have been trained in a way basically no other bartender I have seen has been.

You know that annoying Chicago-y molecular gastronomy stuff? The drinks at BarChef are the best parts of that idea without the bad. Classic cocktails are classic, their versions of classics are amazing, their multi-sensory experience fancy cocktails are impressive, if a bit pricey.

BarChef is still the only bar ever where a bartender has known what a Casino was and how to make it.

Amy’s not a huge cocktail nerd, her response after one sip “this is the greatest cocktail I have ever tasted”

GO Train! I usually take the subway into the city but wanted to checkout the commuter rail option, GO is a couple bucks more than the subway but is a proper train with seats and bathrooms, etc. GO trains leave from the same station as I normally take subway from and take about the same time to get downtown.

Up at 3am for work, I still love work travel but this morning was rough, I slept from about 6pm to 9pm last night and then spent from 9pm to 3am in a zombie state.

I finished up around 5am and am currently sitting in the Lakeview all night diner, the place is perfect, lived-in and gorgeous. The food however is mediocre, as is the coffee, anytime a restaurant only has scrambled eggs it means they use liquid eggs and this sort of corner cutting is usually not a good sign. It’s really a shame that the food doesn’t live up to the room. Eventually enough loud Saturday night drunks came in that I paid and left.

I walked up and down Queen Street a bit, seeing what’s open and what’s going on at 6am on a Sunday, it’s dark and empty and perfect.

Eventually I found a Portuguese bakery already open and went inside, I’ve noticed a few places in Toronto already that have “no laptops” signs and was wondering if anyone would say anything at the bakery if I setup shop for an hour or two.

I ordered a cappuccino, and a danish that I don’t really want, to hopefully pay my  keep and went to a table. I setup my laptop, headphones, notebook, etc and waited for my order, the heavily Portuguese accented lady who took my order scurried over with my cappuccino and I feared she was going to say something about the laptop, instead she pulled a second table over and set my coffee on it, saying with a motherly smile “no spill, coffee and computer no mix”,  yay. The coffee tastes like an ashtray and is possibly the worst coffee I have ever drank but the danish is still warm and I am happy here.

I love Sloan. Top ten band all-time. Sloan live and record in Toronto. I spent the past half hour searching for their studio and offices. I’m currently sitting outside listening to a few greatest hits.