Skip to content
deanbergen Uncategorized March 26, 2017October 28, 2017 2 Minutes
Everyone has a little secret he keeps
I light the fires while the city sleeps
Day 2
MC 900 Ft Jesus is a Dallas local and his first couple albums sound perfect tonight as I write this. He played a show in Dallas last month and is doing another in Houston in two weeks, his first shows in over 15 years. I would love to go to the Houston date but it would require some pretty severe roadtrip backtracking.
The first half of today was taken up with getting the van ready to head out, picked up a mattress, bedding, a cooler and curtains and spent time test fitting everything.
Everyone I ask had told me to go to the Pecan Lodge for BBQ so I headed there after poking around a couple record stores (more on that later) to kill time assuming arriving mid-afternoon would ensure no lineup. 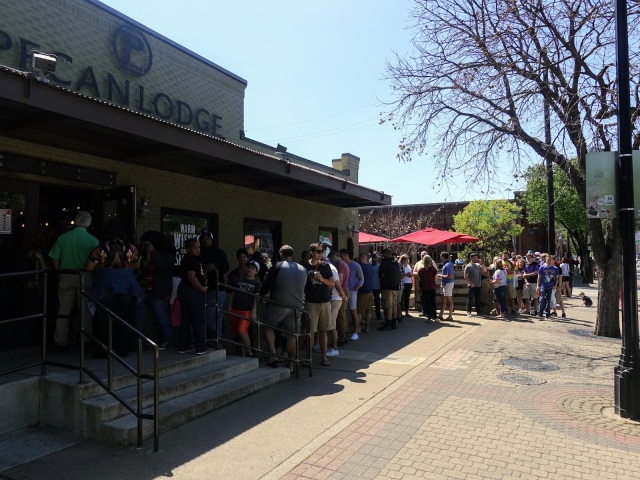 The lineup continues around the corner and down the block. I waited in line for around an hour and hadn’t really moved all that much. Eventually the pit master came around and said that because of the line anyone who was ordering for takeout could move to the front of the line to try to thin things out. I think I heard him first and ended up slipping right to the front, got a sampler with collared greens and made a picnic in the van. 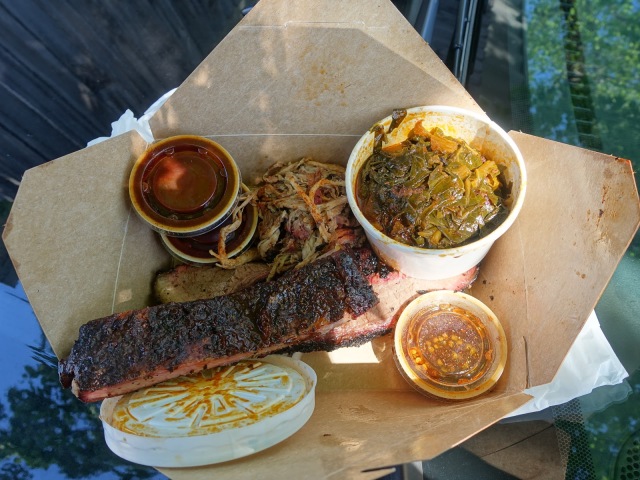 It’s 1:40am as I write this so I am not going to get into detail on the BBQ, it was exactly as amazing as you would expect, end of story. This was also breakfast, lunch and dinner.
Grabbed a quick nap and then headed back out again.
Tonight I was fortunate enough to take in two great shows at two different venues.
The first was at the super cool Kessler, I read in a few places how special the sound is there and I have to agree, I cannot think of a live music venue I have been to that sounded this good, the quality of the sound was literally joyous.

The sound was probably also helped by who I got to see there tonight. Margo Price and her backup band The Price Tags completely and totally blew me away. So good and so tight and having so much fun I literally started crying happy tears. Margo is the spiritual successor to Dolly and Loretta and she kicked so much ass tonight, I’ll stop now but bore each of you in person about her.
Here she is live at ACL, her voice live is as good as anyone I have ever seen.
Once the Margo Price show ended I had just enough time to zip across town to the Gas Monkey Garage and jump into Electric Six’s set, missed just the first couple songs. 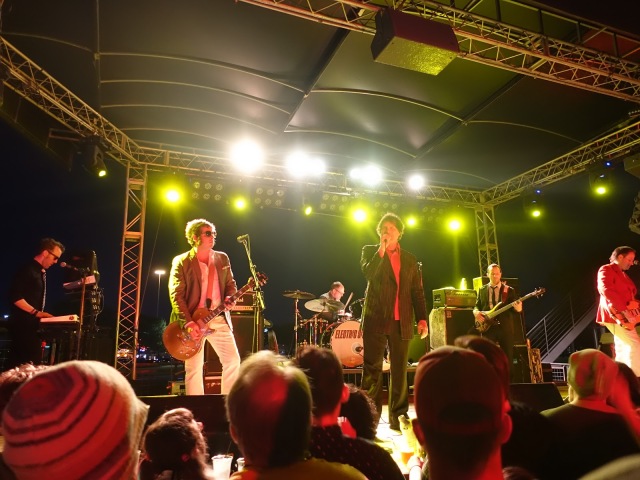 They were exactly as fun as you would expect, if you don’t know Electric Six think of a cross between The White Stripes and Tenacious D with a healthy scoop of Spinal Tap as well.
Lots of singalongs, lots of pogoing and fist pumping, my voice is shot and I am about to fall asleep.
I wanna take you to a gay bar!