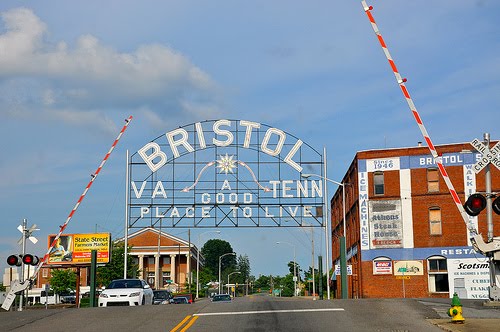 Country music comes from Virginia, neat eh?
For ten days in the summer of 1927 RCA sent a producer with portable recording equipment to Bristol to see if he could find local talent to record. A backwoods family showed up and played a style of music previously unheard of that they had honed in the Appalachian Mountains blending the music of British and Irish immigrants with the music of former slave families who had moved north.
That family were the Carter’s and would from then on be known at the first family of country music, their guitarist Maybelle Carter had a guitar picking style that had not been seen before and was really the first person to showcase the guitar as more than just a background rhythm instrument, this style would become known as the “Carter Scratch” and would influence guitarists from that point on.
I am picky about country music, I really only like the stuff that isn’t crap, the Carter Family however are almost mythical, especially when walking the streets of Bristol myself this morning.
When Johnny Cash married June Carter he married very, very well.
Those ten days in 1927 are now known as the Bristol Sessions and are considered the birth of country music, incidentally the day after the Carter Family showed up a poor railroad brakeman showed up with his guitar, named Jimmy Rogers, amazing.