The map above is actually just part of the system, crazy.
If you include the lines that run out into the suburbs (and I do, it’s all the same system) Seoul has the largest subway in the world, nearly 1000kms of track on 18 lines. I only had time to ride lines 1, 2, 3, 4 and 5 but I think I got the picture. The system is all fairly new, just over 30 years and impressive planning makes it appear as though the entire thing was built all at once, very harmoneous.

Technologically the entire thing is amazing, glass screens so you can’t fall onto the track, wifi and 4G coverage in all stations and on all cars, heated seats, an anypay system that allows you to pass the turnstiles with a credit card or smart card or your NFC equiped phone or tokens or cash…
The NYC subway is usually listed as the system with the most stations, around 550 but this is because Seoul doesn’t count suburban stations, if they do then they have nearly 700 stations with 100 more being built.
The status boards below show you where in the system your train is, you can tell how many stations back it is, cool. 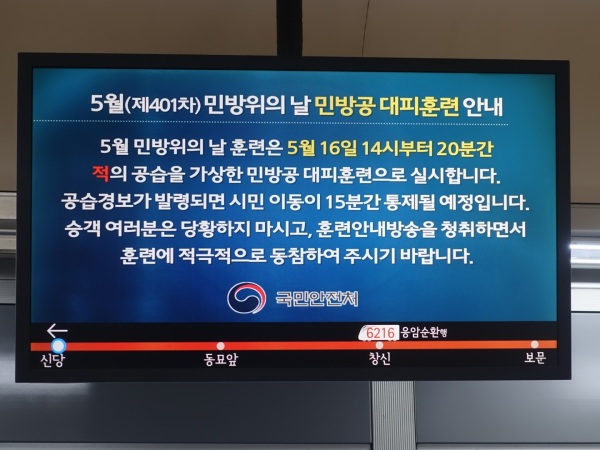 Originally the trains were Japanese, mostly Toshiba and Hitachi trains but now most of the system uses the same Hyundai Rotems as the Canada Line does, some of the older trains are Daewoo but they all look the same as the Hyundai.

Gasmasks and emergency equipment are available in each station.

A few too many ads and they are a bit bright, plus the majority of them seem to be for plastic surgery, what is the deal with that? 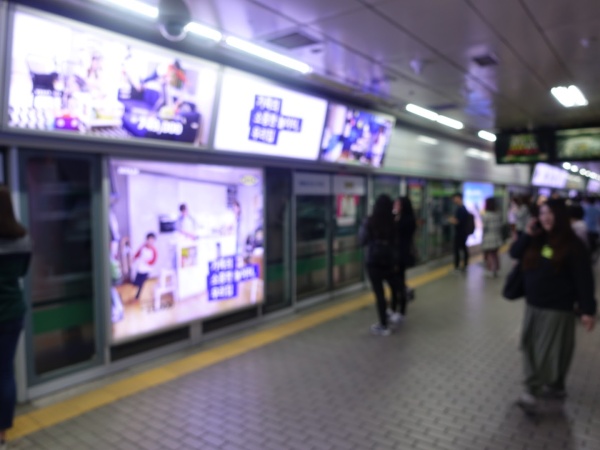 The numbers aren’t referring to trains but to exits from the station, you need to know what exit to take to get to where you want to go to and currently Google does not have this info as part of it’s routing for Seoul, actually all of Google transit for Seoul needs work.

Now you ask me, was the system confusing? Yeah, actually it was, even just figuring out how to pay and get started when I was in the airport took ten minutes. BUT I really can’t think of any easy way to simplify a system this large, you need to just jump in and see what happens, I did get on a couple incorrect trains to start but got the hang of it in an hour or so.