Skip to content
deanbergen Uncategorized April 26, 2016October 28, 2017 1 Minute
Short post today as I’ve got a lovely migraine, sitting quietly in the dark… which is easy as the power is out.

Spent the morning at the National Gallery of Georgia, I won’t bog down with historical stuff, and my head hurts, but here’s a couple pics. 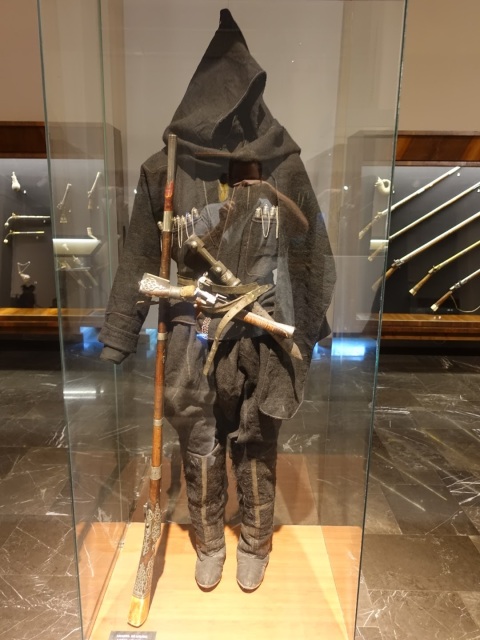 Georgia was amoung the first places to mint coinage, the first couple coins in the pic below date from around 550BC and are the oldest local coins known (just for you Guy I will add that the oldest coins anywhere date to about 700BC).

Lunch!
Khachapuri yum, also a veal stew that I don’t know the name of. 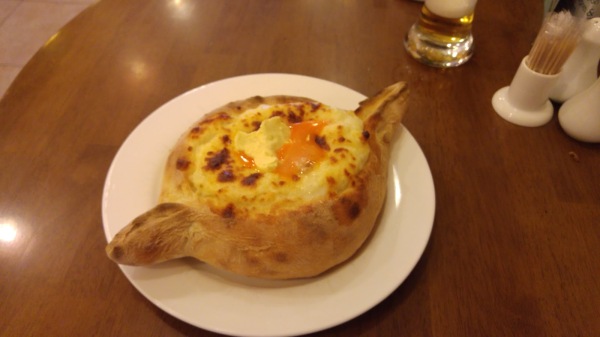 During Soviet times Tbilisi had the nickname Cable Car City because of the half dozen or so gondola’s that crisscrossed from various points in the lower city up to stations in the hills, all run as part of the transit system. (I said in NYC that the gondola between Roosevelt Island and Manhatten is the only gondola in the world run as part of the local transit system, I stand corrected). After the fall of the USSR the cable car system was neglected and eventually an accident in the late 90’s killed about 20 people and the lines were taken down.
The gondola below is new in the past few years and is the first step in the city’s plan to start the system again.

The city’s sole cable car takes you from the a park near the downtown core up over the river and to the ruins of Narakala, a 4th century fortress that was mostly destroyed when the munitions the Russians were storing in it blew up about a century ago. 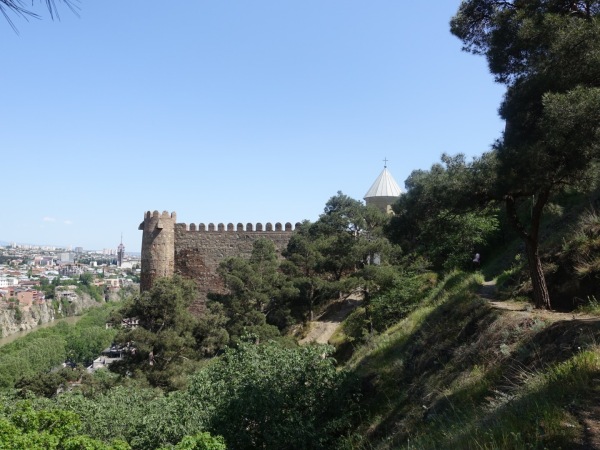 Clothes dryers arent really a thing in these parts so I improvised. 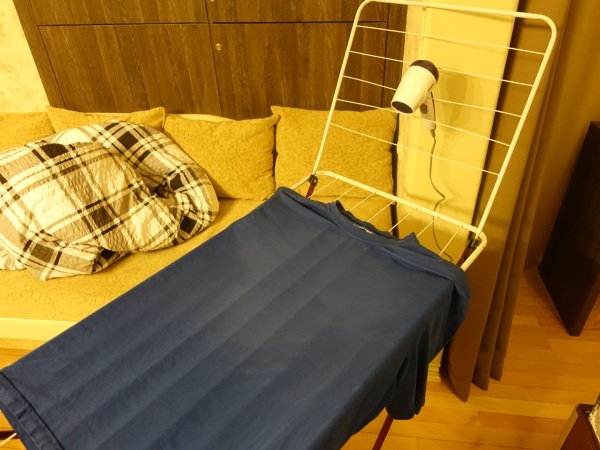