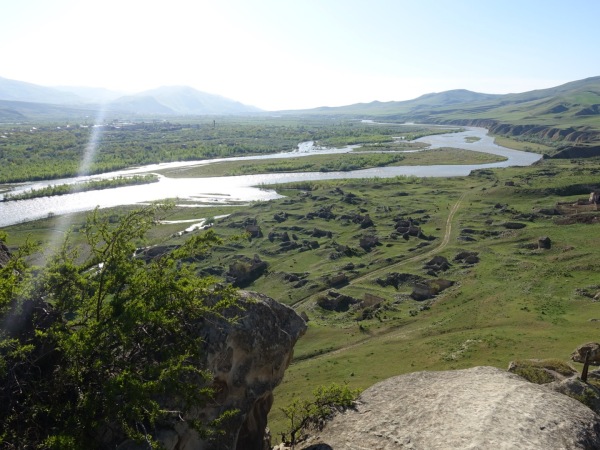 My cold seems to be holding off, maybe sleeping 20 hours was a good idea.

Up early to meet my guide for the day, Georgi, and head out of town with him.

Drove about an hour up and up and up to a 6th century mountaintop monastary, Georgia is one of the oldest Christian countries in the world (before you say anything Guy, the oldest is probably Ethiopia but Georgia and Armenia wouldn’t have been far behind) and despite centuries of differing occupations from Arabs and Persians and Turks and the Soviets and the Mongols their religion remained unchanged so they are rightly proud of it. 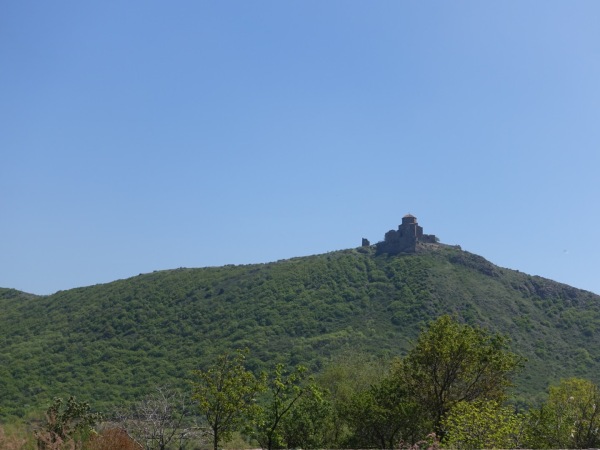 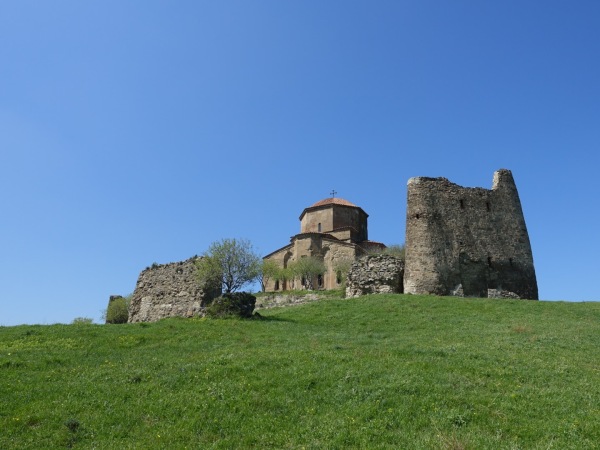 The monastary dates to sometime around 550AD and was built on the site of a pagan (possibly Zoroastrian) temple which had been built around an ancient oak tree, the centre of worship at the time. The tree was cut down and this cross was made from the wood. 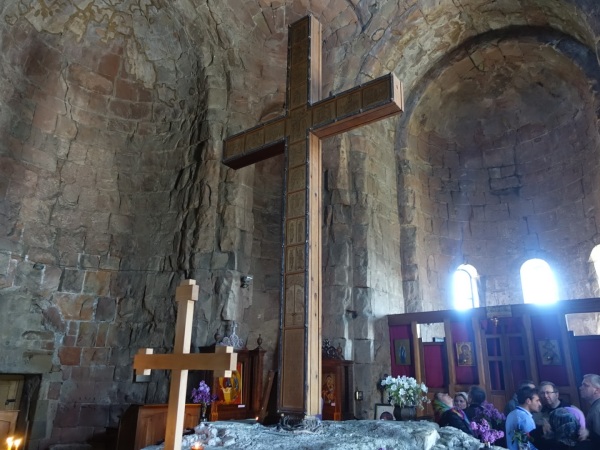 Next we drove to Mtskheta, the original capital of Georgia, walked around gorgeous ancient stone homes in a green river valley, feeling goosebumpy and mythical. In the Greek tale of The Golden Fleece it was to Mtshketa that it was brought to strain the gold from the river here. 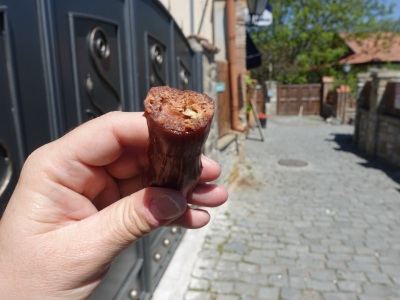 Best part of Mtskheta however was Churchkhela, a chewy tube of grape juice, wine, nuts and wheat flour dried in a sausage casing, like an ancient wine gum, crazy delicious, I made Georgi go back for more.

Lunch!
I don’t know the names of anything, Georgi told me a few times but Georgian is hard. This was a soup made from pork and sour plums, I loved but Georgi thought it should be better and informed the waitress of this. 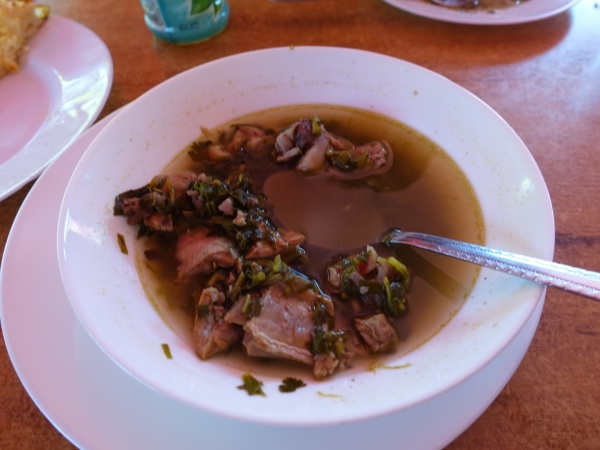 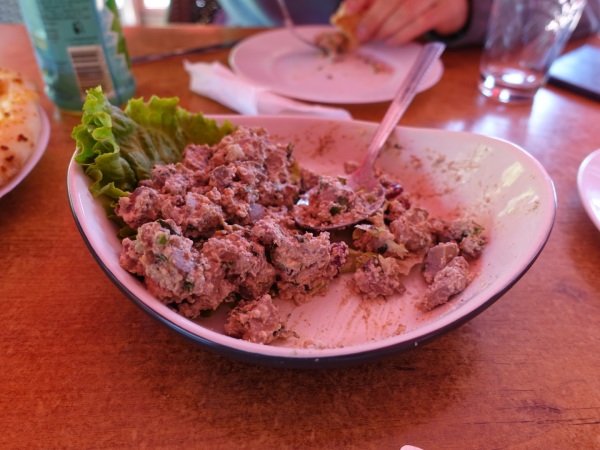 My fav thing though was this, fresh warm flatbread with a layer of soft semi-cooked egg inside, salty and amazing. 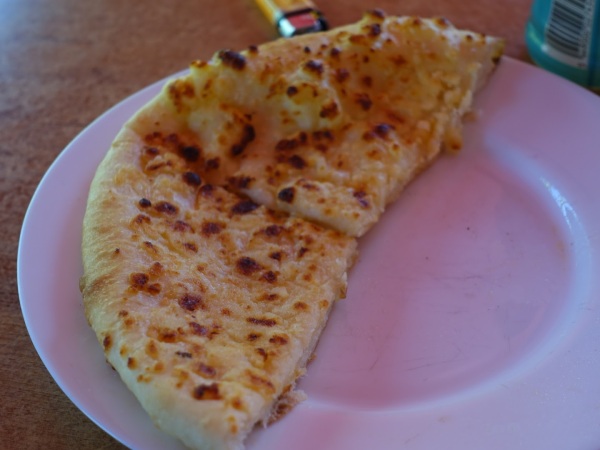 Georgi and the two waitresses debating which dishes to have me try, Georgi said he has only ever had one other Canadian customer and he and the women were excited to have me try the foods. The waitress on the left was a hoot and gave me shit for not speaking more Georgian. 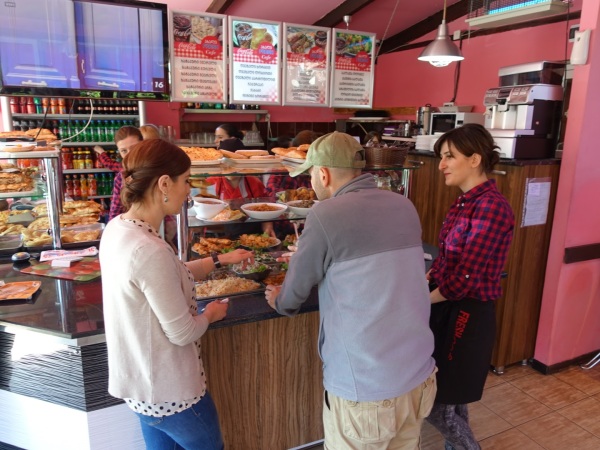 After Mtskheta we did a little mountain hiking, glad for my new and improved legs, hiked up to see a town that was carved out of the rock around 4000 years ago, long abandoned and a UNESCO Heritage Site it was amazing, unfortunatly most of the cave town was destroyed by Russian air strikes during the 2008 Russo-Georgian war. From the peak we climbed to we could see a huge swath of Russia, the border is less than half a kilometer away at this point.

The church is only about 1100 years old but the caves around it are estimate from around 2000BC. 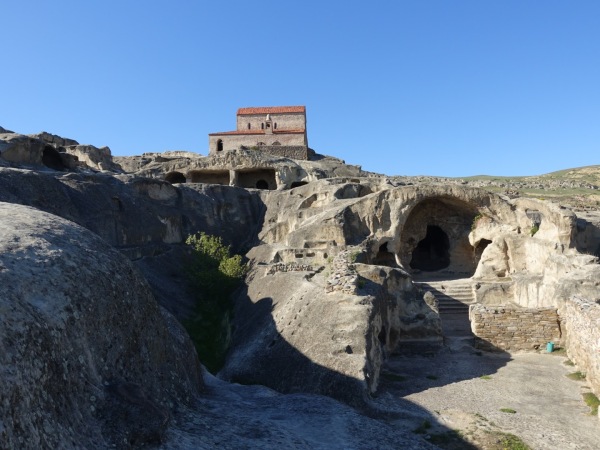 Next we drove to the village of Gori, famously proud of their hometown boy Joey Stalin…. the most mass murdering fuckhead in the history of mankind… they love him there, seriously.

The Stalin museum was trippy, we lurked around behind an official guide giving a tour in Russian with Georgi quietly translating the Orwell level double-speak of the guide into english for me, amazing experience. 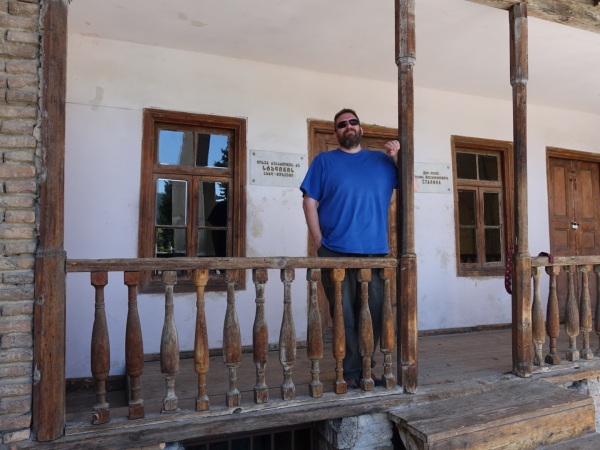 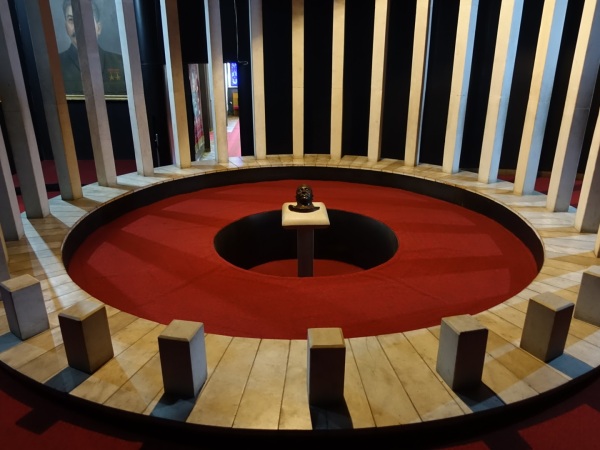 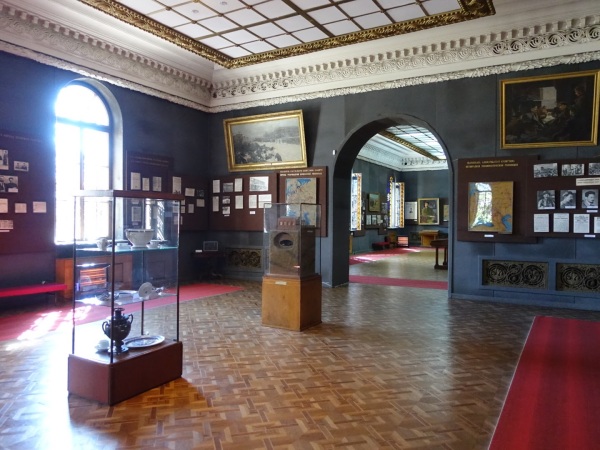 The rest of the day was driving and walking and talking our way through various mountain villages, Georgi was a perfect guide, well informed, passionate, interested and interesting, we covered a lot of ground and solved most of the Western world’s issues by days end.

He dropped me off around 9pm and I went hunting for dinner, found a great place, jazz trio playing, impressive Georgian foods, I would get into it more but I had lots of Georgian wine and am tired.