Why Moldova? Because Moldova!
Moldova is literally the second least visited country on Earth, that alone is reason enough to spend a few days poking around.
Moldova is also the youngest country in Europe and it’s capital, Chisinau is the smallest and poorest capital city. A fascinating place, to me at least, due to it’s Russification; while the country has no great love for Russia it uses the Cyrilic alphabet and has a huge number of Russian citizens, walking around today I heard and saw at least as much Russian as I did Moldovan.
When the USSR fell those Russians living in Romania who didn’t want to return to Russia succeeded from Romania and created Moldova. (then those Russians living in Moldova who DID love Russia created another breakaway state, Transnistria but so far it is not a country and is a story for another post)
A 15 hour train ride through reaaally remote countryside and here I am.

As I mentioned Moldova is extremely poor however right getting off the train it seems a friendlier place than Bucharest, not sure why but people here smile and are much more engaging than in Romania.
This fine young fellow was my buddy for my first lunch in Chisinau, beef stroganoff and some shockingly good Moldovan beer at a little Russian cafe near my hotel. 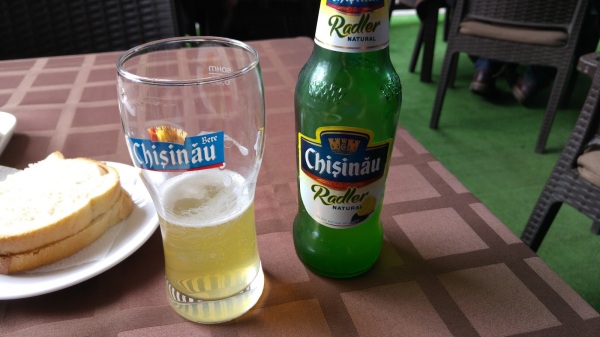 After lunch I headed down to the main market in the city, EVERYONE in the market is talking to me and EVERYONE is asking if I am American and why am I here.
This girl was awesome and a smartass, she knew a little bit of english, a few words but more than I know of Russian or Moldovan. She got me to try a few of her pickled items, the carrots in the picture are insane, I bought a bunch. She had me try her pickled mushrooms and pickled soy and a few others things that she couldn’t explain and then gave me her “most heart” one, it was chewy and a bit crunchy and very pickled, kinda great really, I told her I liked it and she laughed and laughed and said “OINK! OINK!” and wiggled her ear… ahhh, pickled strips of pigs ear… still good, bought some of those too which totally put her over the edge, this is really fun.