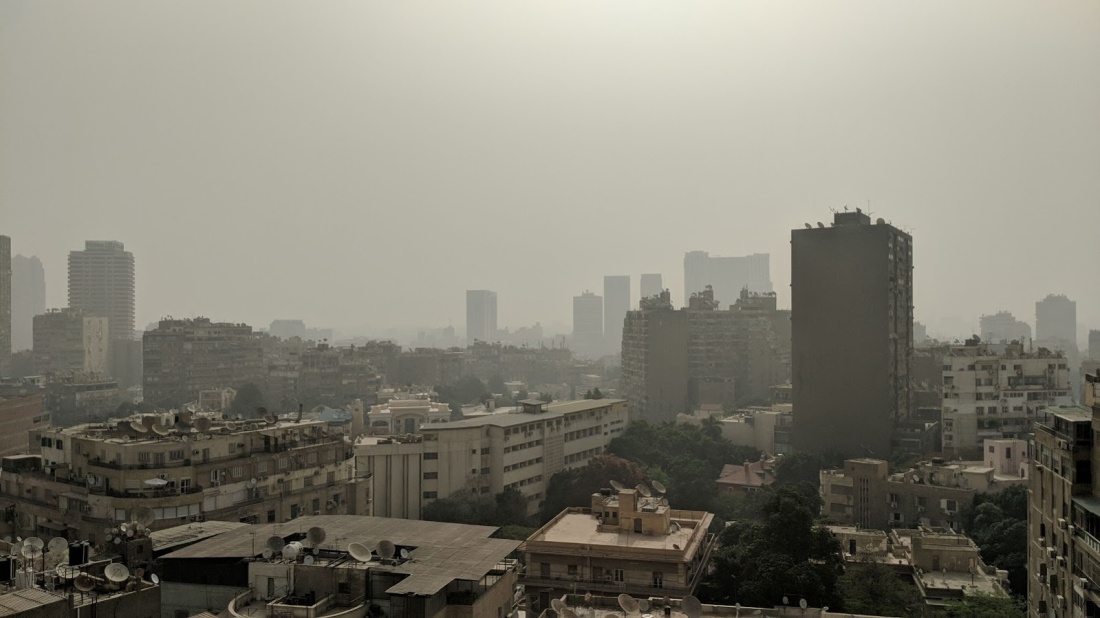 Spent 5 hours, from 9-2 today at the Egyptian Museum, I had planned on just winging it and not taking a guide but a nice older man outside the museum said “This is not like a museum in Europe, trust in me that you need help” I liked him so agreed and Abdul became my guide for next 5 hours, he was right. 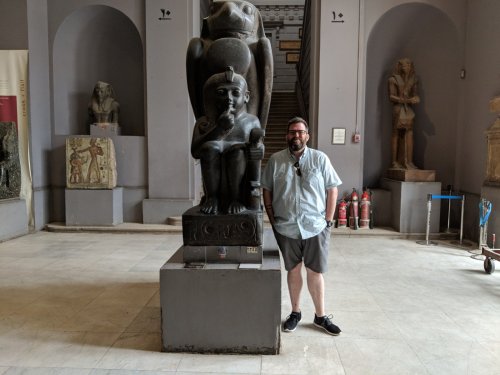 The museum did have air conditioning but was still really warm and after five hours and no food or water I wasn’t feeling great, had to sit down eventually with a spinning head, I managed to find an AC vent and stood there for a few minutes until I could venture outside and head back to the hotel for a nap during the hottest part of the day.

I woke up around 5pm and headed out again, this time to find a hat for the pyramid trek tomorrow. I wandered around near Tahrir Square, the heat was down to about 33c now which I could manage.

Found a koshari place for dinner, it seems lots of cafes here just serve one dish, this place has only koshari, a simple dish of macaroni, lentils, chick peas, onions, garlic and tomato sauce, it was amazing (and $1.50) I wasn’t that hungry because of the heat but the food ended up making me feel 10x better. 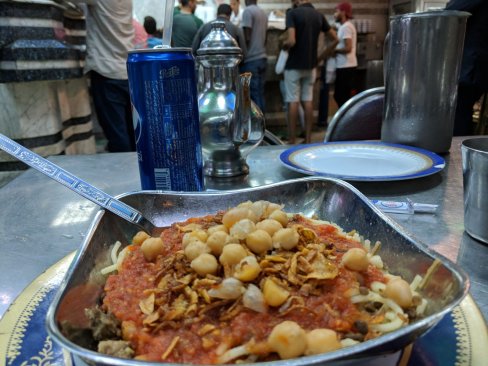 After dinner I decide to explore the subway, Africa’s only real, major subway system. It was… intense… got good and lost and finally had to start figuring out the arabic signage to get unlost again… also learned that the ice cold subway I first got on was an anomaly and the rest were ovens. I did not see one single other white person on the subway anywhere, people stared, and were really nice, several offered me their seats…. not sure if it was because I am very not local or because I looked sweaty and baffled.

Best friend I made all day: 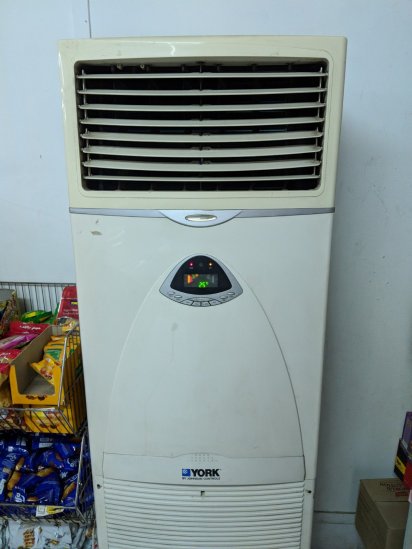