That was the best intercontinental flight I’ve ever had, my seatmate was cool, my seat was comfy and I was relaxed… more than any of that however, the thing that made it awesome was Jess. Having a buddy on the flight crew was super fun, she snuck me treats and freebies (and a second dinner, lol!) and basically made what’s normally a miserable experience into something approaching fun. She said she was trying to do more nice things for me but I was asleep too often when she checked in (and I never sleep on planes!). Thanks buddy!

I got to my Airbnb around 2pm and had a short nap, met my host and chatted a bit and then went walking for a few hours, mostly along the Thames and around Big Ben, Parliament.  Jess and I had planned on having dinner a little later and I ended with time to kill so I stopped in at a random pub, the Cock & Lion, I order a pint (which was awful) and relaxed a bit. I noticed an extremely animated (and tipsy) man telling some sort of wild story to a table nearby, they clearly did not know him but were clearly loving the story, after they left I saw the same man tell what appeared to be the same story to another table. After a while they left as well and I could feel his eyes eventually fall on me, sure enough he siddled over and asked “You wanna laugh?” in the most unusual and thick, English accent I have ever heard, something like a mushy Michael Caine. 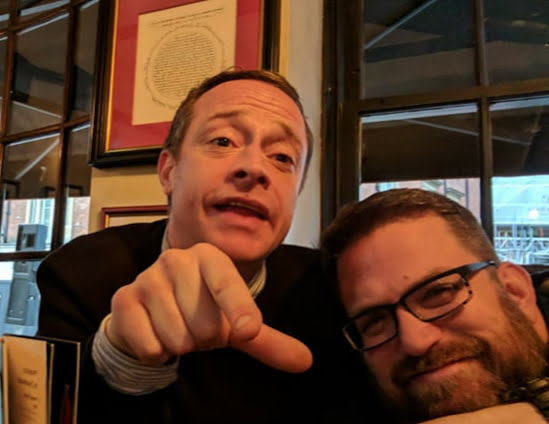 He introduced himself as Tommy (I told him my name 3 times, eventually he started calling me Larry) and started to tell me a story about a bad beat he had taken playing poker recently in a nearby casino. With his state of intoxication and his utterly baffling accent I could only get about 20% of what he was saying, luckily after 3-4 times through the story I started to piece it together.

Tommy was utterly charming and captivating, while he was talking I got a msg from Jess that she was on her way to meet me for dinner, I replied to her and told her she needed to come to the Cock & Lion first as I had made a friend.

Jess showed up, bought another round and got to hear Tommy’s story firsthand, watching her try to figure out the story that I had already heard at least 6 times was the highlight of my day.