Skip to content
deanbergen Uncategorized March 28, 2017October 28, 2017 1 Minute
Do you realize that happiness makes you cry
There are few better things in life than introducing a friend to the Flaming Lips. Certainly the biggest thing to come out of Oklahoma City and totally homers too, they still live here, in a very modest part of town and are extremely active in the local arts scene.

Stars usually get a street named after them but a completely nondescript alley is so much cooler.
I spent a loooong time today sitting on the curb outside of Flaming Lips frontman Wayne Coyne’s house, respecting the ‘Please Be Respectful’ sign, listening to all of ‘Yoshimi’. Also long enough to chat with the mailman when he came by and left a package for the Coynes too!

Afterwards I headed downtown to see an art gallery that band manages, it’s only open on holidays unfortunately but the outside is awesome. 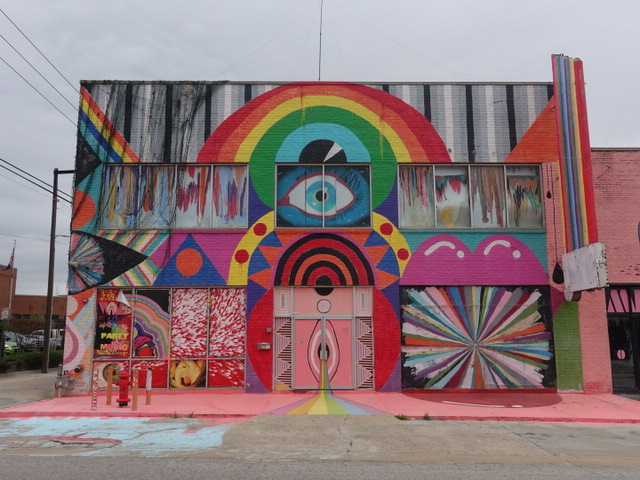 Apparently I hung around too long however or took too many pictures because when I came back around the building from the alley a police car was waiting. Somebody reported the weirdo sitting in front of a closed art gallery! The officer was extremely unconcerned.
The Lips are for sure a band to be experienced live, preferably outdoors (and I really dislike outdoor shows). I used to have some wonderful pictures from the crowd of a Lips show at Malkin Bowl but at some point they disappeared.
But she don’t use butter
And she don’t use cheese