Central Asia may be a huge area, stretching from the Black Sea to China, but it only has two subway systems (I know! Why even visit?). The oldest of this pair is the metro in Tashkent (1977).

With 30 stations and 60kms of track it compares in size to Skytrain in Vancouver but was constructed in the most Soviet of Soviet styles. For whatever reason the subway here was designed in the style of the Moscow metro, with fancy, unique stations featuring marble and chandaliers and such, very different from the other former Soviet state subways I visited.

Being a Soviet system it runs the same 8171 trains (built in Moscow by Metrovagonmash, a division of Transmashholding as most other former USSR cities, some appear to have been updated at some point, perhaps to 8171M but info is hard to come by.

Uzbekistan has never really stepped out of the shadow of the USSR and the subway stations are still run like military installations. Seriously, no photos allowed ever of anything at any time and you will be searched every time.

No photos allowed so I will have to include some stock photos, these photos are accurate however Uzbekistan is now a very poor country and the stations in these pictures are poorly lit and a little grubby. 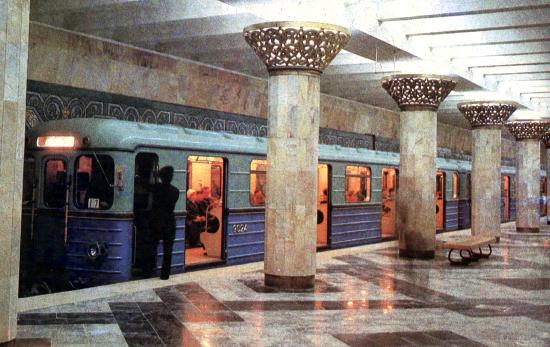 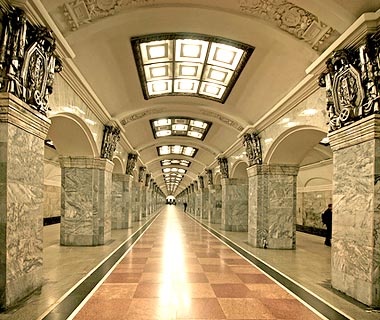