Skip to content
deanbergen Uncategorized April 28, 2016October 28, 2017 1 Minute
I know what you are thinking: A sleepy little mountain city has a subway?

Yes. And as near as I can tell their logo is an upside down ‘W’. 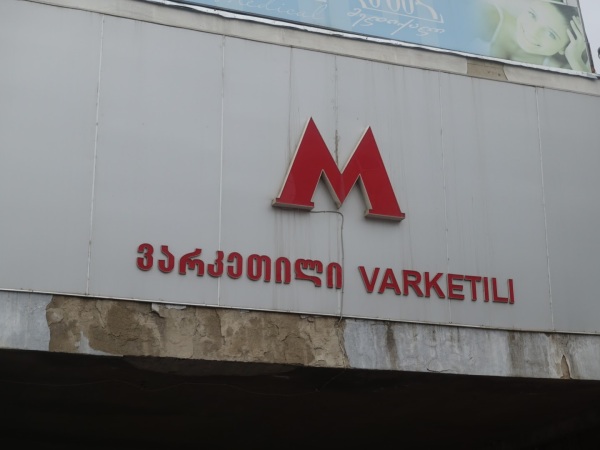 Despite the city’s small size the subway was important and was already planned out by 1955 and opened in the 60’s, important partly because the mountain landscape makes roadbuilding challenging and partly because Tbilisi was a key city for the USSR, sometimes called the Fourth City, after Moscow, St. Pete’s and Kiev.
Following recent wars and conflicts with Russia the Georgian state has pulled away hard and focused more on Europe than ever, all signage in the city that had been in Georgian and Russian up until just a few years ago is now in Georgian and English. This plus the small size of the metro (2 lines and 2 dozen stations, but a 3rd line being built) makes the metro pretty easy to ride.
Like Prague the carriages are mostly older Moscow built 8178’s and the system in generally a bit neglected feeling. Track is bumpy and cars are loud plus several stations appear to have a much too close relationship with Tbilisi’s sewer system.
Signage is quite good, if dim.

Most stations have clocks for time of day and time until next train PLUS time since last train, never seen both countdown and countup in the same place before. 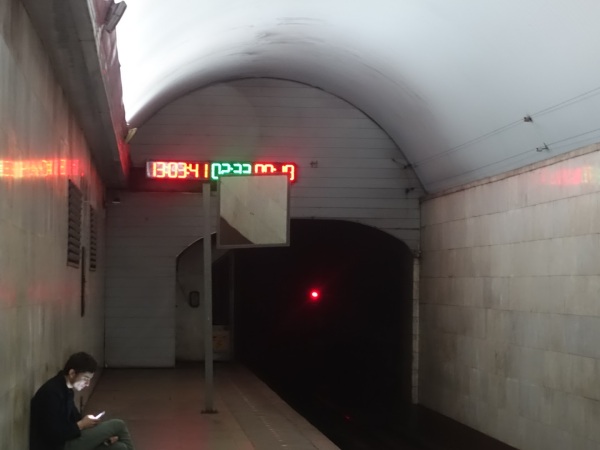 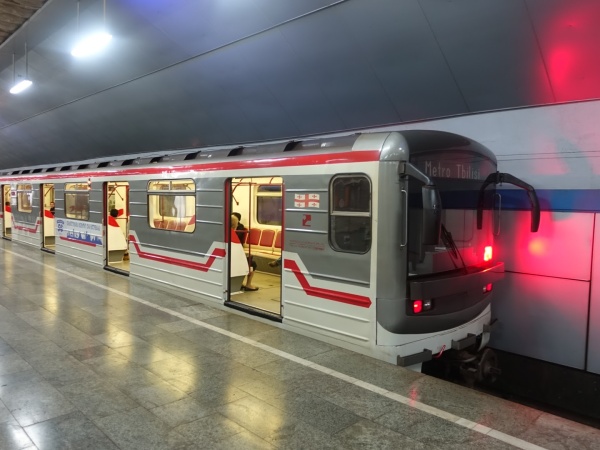 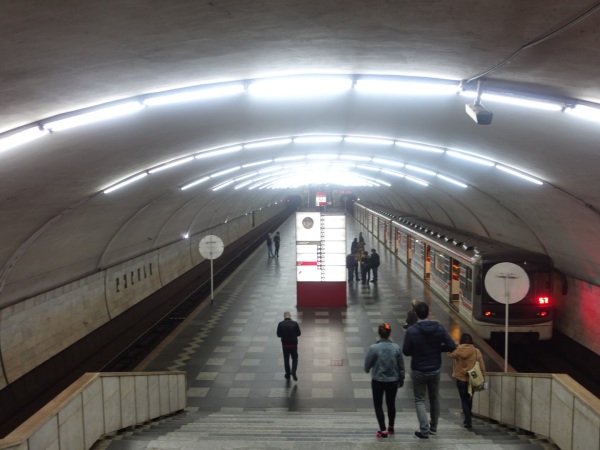 The areas around most stations are an energetic marketplace and in several cases are a bit of a madhouse, Georgian ideas of personal space are more in line with Turkic countries so it’s easy to feel like screaming. 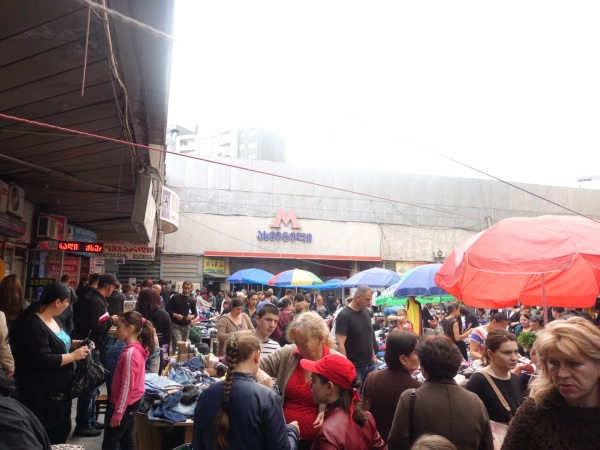 The system is a little rough around the edges but I can’t think of another city this small with a system this good, Tbilisi is much smaller than Vancouver and this metro is what Skytrain should have been. 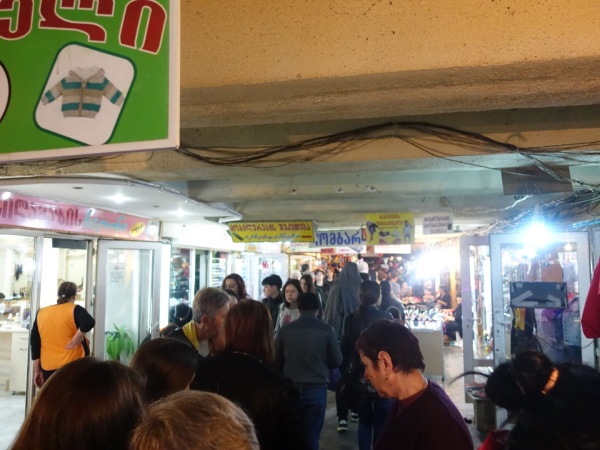